Fernando Giner, former first division soccer player, was impressed when a teenager on a wheelchair approached to him asking for an autograph, saying that soccer was his passion.

Giner thought about how he could help that boy to practice his favorite sport. He began to develop a system to add “feet” to the wheelchairs which were controlled by the hands.

The company Ortoprono, specialized in orthopedics, made his dream come true. They created a device with which you can play soccer in a wheelchair that mimics feeling sensations of the original sport.

The objective was to launch the sport in style, thinking of its international possiblites. To ensure its success it was essential to have the support of the Royal Spanish Football Federation, various associations for wheelchair-bound and the first division football clubs. But, how to convince them and the future athletes?

We focused on the spirit
of the new sport

We proposed several names which could synthesize the spirit and values of this sport, but which were also easy to remember.

“A-Ball” was chosen, as it is pronounced “able” phonetically in English. Additionally, “A” symbolizes opening.

We designed a logo that would resemble the sport.

As it would coexist with the brands of the future sponsors, it had to be resounding, difficult to eclipse and, at the same time, it had to transmit the dynamism and the spirit of the sport.

We provide to it a cursive typography that gives it solidity and dynamism at the same time.

The symbol is the fusion of the chair, the player and the ball, thrown in the middle of a race to underline the strength of the sport that enables disabled people. 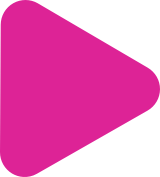 In order to highlight the great human and integrating value of this sport, and at the same time, to achieve the empathy of organizations and athletes, we told the story of two friends.

The video should both sensitize and explain how the chair works to practice this sport. Therefore, it has a strong emotional and didactic component.

The Royal Spanish Football Federation took on the project and presents it to the media along with the national coach and several players.

A-Ball is being introduced as a new discipline in first division football clubs.

Some A-Ball schools have been created. There has been several exhibition games and promotional shows, and there are ongoing discussions with FIFA.

The chances of it being introduced as an Olympic sport in the next several years have increased.