Garín manufactres handamade, silk “espilones” in the finest traditions of Spain. Its fabrics are real pieces of art and wearing a dress made with one of its products is the maximum aspiration for its main target audience.

Since its foundation in 1820, Garín has built a reputation that has lasted for two centuries. However, its image and communication had become completely outdated and no longer responded to its values or represented its distinctive qualities. These problems were affecting the business results. Even rumors were spread that the company had closed years ago.

It required an image change and the development of the current communication strategy, without losing its strong tradition and closeness to its loyal customers. 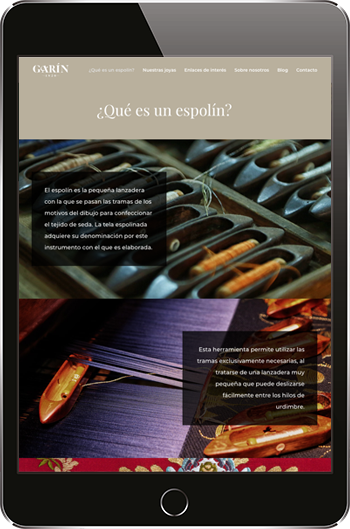 We redesigned its corporate image. The new design is based on the legendary traditional and artisanal spirit of the brand, and at the same time it combines an elegant classical aesthetics with a contemporary one.

We applied a subtle stylistic change to the letter “A” which represent a piece of silk dancing over the letter, emulating the figures of the “espolines”.

We defined two corporate colors. The first settled on the roots of the old image, a nearly gold tone. The second one is a nearly black dark grey.

This color scheme combined with its fabrics enhances the elegant sophistication and artistic character of the brand. 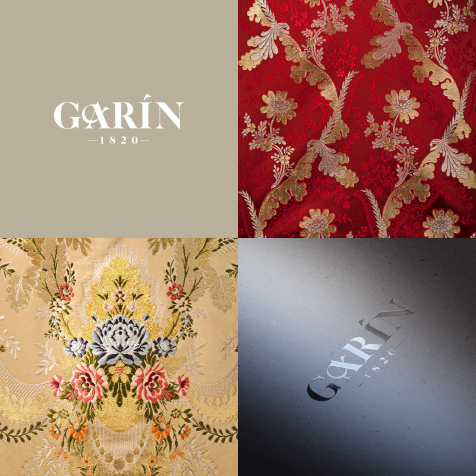 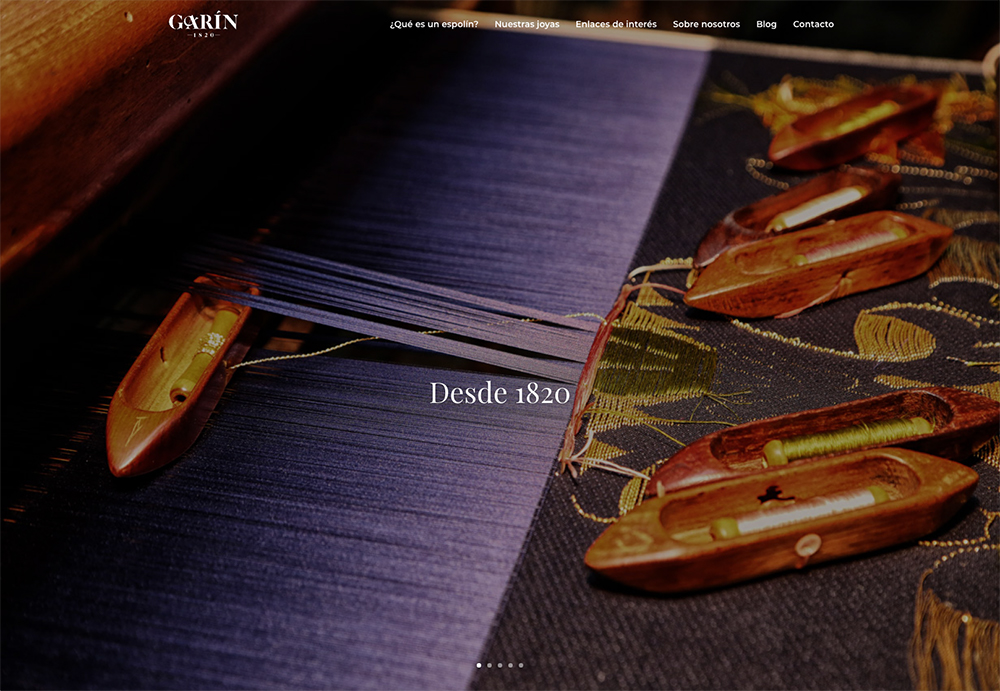 We developed the website, emphasizing its visuals, that enhances both its “silk jewels” and its traditional handmade weaving, which have gone unchanged for almost two centuries.

Similarly, we developed a social media strategy which, aligning it with the target audience, and emphasizing audience interaction.

To enhance the brand´s value, we produced a corporate video that reflects the legendary history of the factory and shows its production process.

In the voice of the manager and heiress of Garín –seventh generation- and of the main artisan, the viewer discovers in a close and intimate manner why Garín has won the respect and the unconditional love of its audience.

The Company has recovered its value as a brand and has changed the last´s years trend, increasing again its

The new image and the style of communication adopted have had a great reception in the social media, which has shown the success of the change.

The community generated on social media has enjoyed sustained growth and a high level of interaction with positive comments about the brand and the client´s experience with it.