IVEFA is the Association of Valencian Family Businesses. From the beginning, many questioned the role it could play as well as its chances of long-term survival.

However, the organization grew and strengthened, and became an important player on the regional level. Along the way, they had to deal with one of the toughest international and local crises, and also with important changes in the political landscape.

To celebrate its twentieth anniversary, the organization rented out the Oceanographic of Valencia: a unique space, deeply linked to the sea.

This event was used to demonstrate the strength and importance of the association and its future potential. We had to conceptualize and decorate the whole event so that this potential and strength could speak for themselves to the attendees.

To conceptualize the event, we took advantage of the marine environment in which the event was going to be developed. We created a parallel between the expertise and strength that the ship crew must have and the same qualities a company must develop to navigate to their destination.

The event was called “20 Years Sailing Tides With Family Businesses”.

From the reception of the event by its different access points, to the stage and the subsequent dinner, everything followed a marine theme, and everything had messages with a clear dual sense. 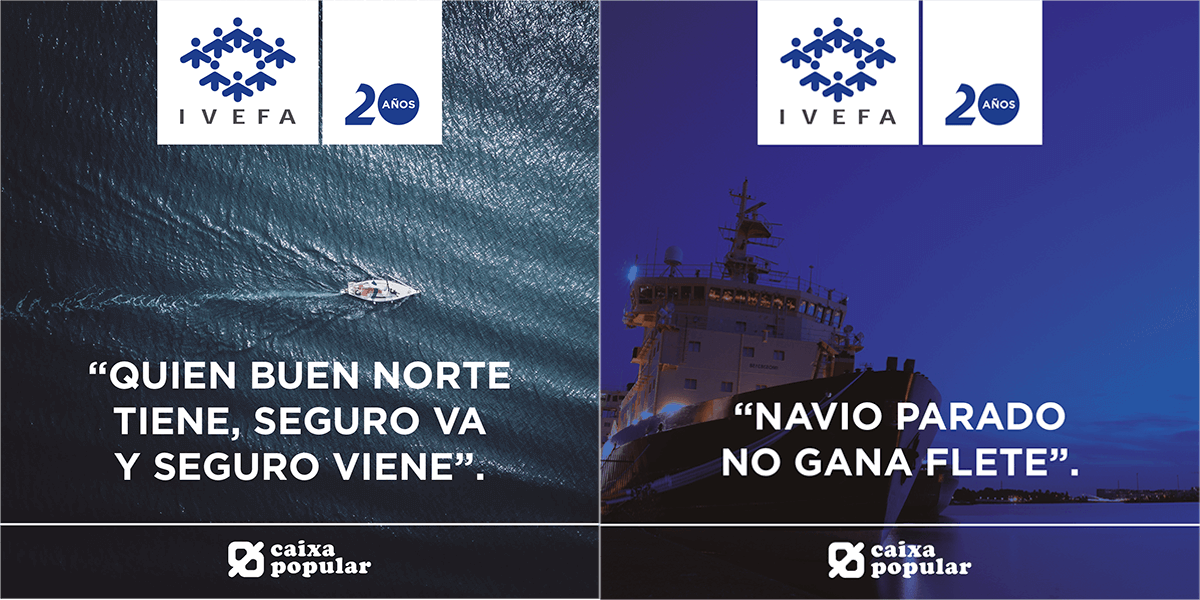 On the front area of the stage we placed a corporeal logo of the organization. At the back, we left the wall open to the seabed and placed the logo we had designed for the 20th anniversary and the main slogan of the event in cut-out magnetic letters over the glass.

1 by 1.5 meter cubes were placed the stage with sailor motifs and words that reinforced the main values of the institution.

The event demonstrated the great strength, drive and future potential of IVEFA, which was echoed by the regional press.

The President of the Generalitat of Valencia, the highest political leader in Valencia, attended the ceremony, as well as other authorities, businessmen and prominent members of the Valencian society.

The event exceeded its expectations as all the guests agreed.